Ahead of his Fifty Silver Bells and Nine album launch gig tonight night at the Betsey Trotwood, Jude Edwin-Scott and I (with the help of Lilibeth de Larratea and Ransome Koralu) filmed some live performances of his songs, Factory Girl, The Greenland Whale Fishery, and Love. Fifty Silver Bells and Nine is available to download from iTunes, and available on CD from www.judeedwinscott.com.

Piefinger are a folk band from North London. They made a real cracker of an album last year called A Countryman’s Favour, and approached me to make a video for the song It All Falls Apart. I went away and came back with this idea, and they were really up for it and trusting throughout the whole process… it turns out they’re great actors in addition to being great musicians and songwriters.

The Virtually Acoustic Club, run as ever by David Sherwood, met on Monday 17th December for a Christmas Special at 100 Crows Rising in Chapel Market, North London. At the end of the night we gathered for a photo for our VACer in exile, Teppei Tanino.

Videos from all the great music coming to The Stage Door in Wateloo next Saturday; Silver Sam, The Lancashire Hustlers (formerly The BDI’s) and Rob Thom).

The short-sighted bachelor’s lament, from the fantastically talented Silver Sam.

Sam will be performing on Saturday 15th December at The Stage Door in Waterloo with me and The Lancashire Hustlers. Music starts at 8PM.

My debut album is available on CD from www.robthom.co.uk and download from iTunes and Amazon

The Warmth of the Room; London says Farewell, for now, to Teppei Tanino., a photo by Rob Thom on Flickr.
On the eve of his return to Hiroshima, Teppei Tanino put on a farewell show at the Betsey Trotwood, in Farringdon, London. He invited some of his favourite artists from the Virtually Acoustic Club, run by David Sherwood, to play with him for what was a very special Friday night. Eiks, Tom Poslett, Mike Rosenberg, Michael Dunnigan, Louise Loft, Silver Sam, Piefinger, Anna Giles, and Lyle and I each played a couple of numbers before Teppei came on at the end of the night and played a beautiful hour-long set (with two encores). It was a fantastic beautiful evening, and though my photos don’t do the night justice, you get the idea.
Teppei often talks about how his music will die when he returns to Japan. I wish he had more faith that, given time and a bit of luck, his songs will find just as enthusiastic an audience over there as he has found in London.
You can hear his beautiful music here: teppei.bandcamp.com/ 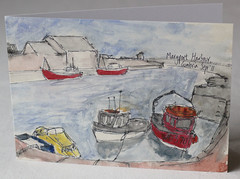 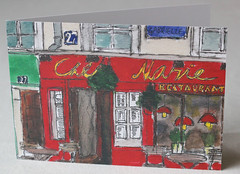